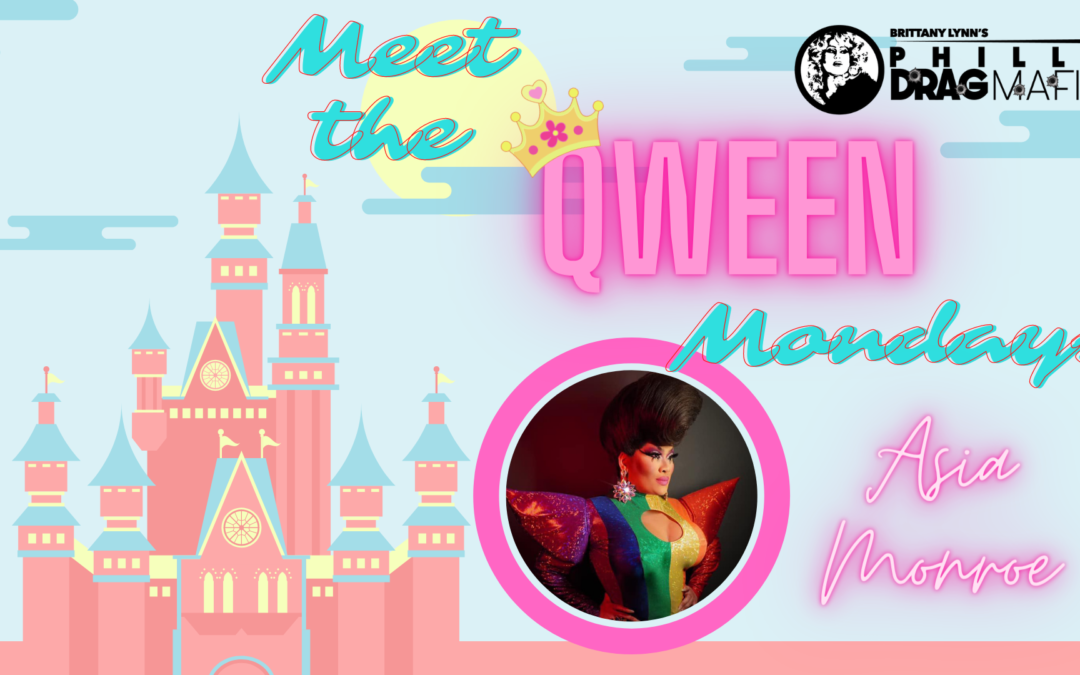 Miss Asia Monroe has been visible on the drag scene for only three years. But don’t let that fool you-this dynamic diva and powerhouse dancer has truly proven her place in the performance scene, and shines with an old soul of a thousand disco divas.

Asia’s first performance was at Voyeur for a lip sync battle competition, lypsynching to “Marry the Night” by Lady Gaga. She describes her performance style as “energetic and soulful.” “If you’ve ever seen me perform in person you know that I can dance the house down but occasionally I’ll throw in a good power ballad and give you the dramatics and soul!” Asia said. “Something that I feel that separates me from other performers nowadays is that I still have an old school upbringing and aesthetic. I don’t do drag or the art of female impersonation for clout or social media or for a tv show. I do it for me and because I love what I do, and always remind myself to stay true to myself and never change for anyone or anything.” And watching her perform, you can see that Asia immerses her entire self into her performances. “I also love the adrenaline rush of being on stage and performing.”

Asia is most proud of the titles she has won (she was the first winner of the Miss Amatuer Drag Attack at the old Tabu in 2018, the first runner up at Miss New Hope 2019. and she is curretly Miss Crimson Moon 2020), and she states that she enjoys the traveling she has done while performing, as well as meeting new people while sharing her drag with everyone. Asia loves seeing the faces in the audience and seeing them have a good time. “It lets me know I’m doing a great job as an entertainer.” she said. Her least favorite aspects of performing, which are pretty much any drag performer’s least favorite thing, are the dreaded moments when audience members do not pay attention or they get up and dance around with you. Which moment is worse, we can never truly know. But we do know Asia’s most embarassing moment on stage-“I was wearing a bodysuit on stage that was too small and I did a split to finish my number and my lady parts came out. Thank god I had a fringe covering it, but I could feel it and I was so scared to stand up because I was afraid everyone would see.” she said with a laugh.

At the moment, Asia does not have a 9-5 job. “I’ve been blessed that drag has been my main source of income, but when push comes to shove mama will always make a buck and get out of hardships.” Asia said. And working with “the family”, we can assure you that she will always have work!

Asia’s influences are a list of legendary girls from the pageant scene like Kennedy Davenport, Tanisha Cassadine, Shae Shae Lareese, Dena Cass, Mokha Montrees, Erica Andrews, and Tamisha Iman. And Asia insists that “if you don’t know these names look them up!” And much like the names she mentioned, her career goals are to follow in their footsteps by winning some more titles. “My top three goals are Miss Continental, Miss Gay USofA, and Entertainer of the Year (Miss EOY). And as a fun one I love watching Law and Order SVU so i would to be an extra in an episode lol.” Outside of drag, Asia is a freelance makeup artist and she is certified by MUD. “I also got my nail licence back in January. And I do love cook.” she added.

With the pandemic killing most of 2020 for performers, Asia had a hard time keeping busy. “Gigs were hard at first, then things started to calm down with covid and we had a steady pace of gigs. Then unfortunately I contracted covid-19 in the end of November and beginning of December so its been very hard.” Asia said. But thankfully, Asia is a strong willed survivor, and nothing can keep this womana down. If you want so watch Asia do her thing, Asia regularly perform all over the tri-state area with the Philly Drag Mafia, at Vera Cherry Hill, and at Crimson Moon in Wilmington. Get ready to see her literally everywhere in 2021, as things are slowly but surely making their way back to normalcy, and “the family” now has their calendar BOOKED hunnies!