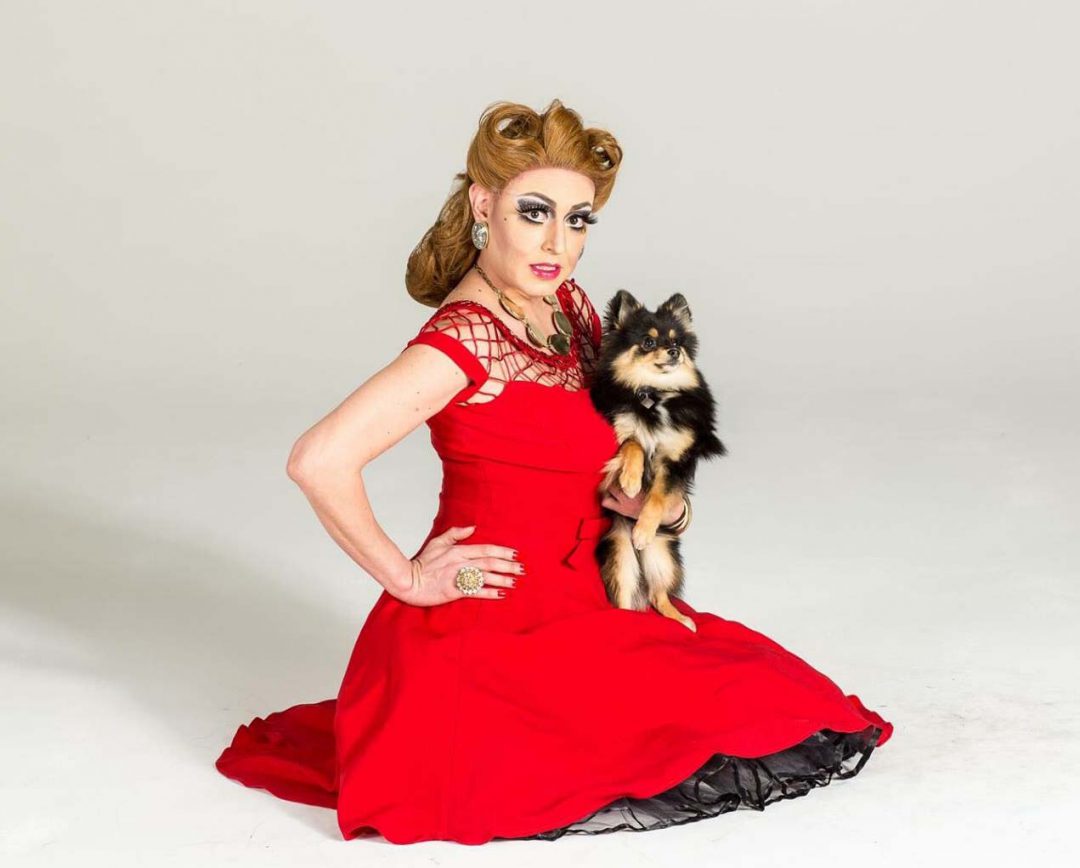 Born and raised in Caracas, Venezuela, Mistress M,Philadelphia’s Premier Latino Boy in a Dress, has been gracing the Philadelphia social scene since 2002. Unclaimed daughter of the legendary Miss Les Harrison, this South American goat herder upped her game when winning the Miss Fancy Brigade – Venture Inn 2013, which led her to participate as one of the “local” drag queens to lead The Mummer’s Day Parade in 2014.

Her Swan Song came when named stand-in Miss Philly Gay Pride 2014 (who died of the Miss Philly Gay Pride Curse) to represent once again the LGBT community at The Mummer’s Day Parade 2015 alongside the talents of Brittany Lynn, Bev, Iris Spectre, Morgan Wells, Karen Von Say, Crystal T. Electra and that year’s winner Roxy Von Phresh.
After the debacle that was her participation in Miss Boxed Wine 2015, where she placed last, and her all Latina review “Mistress M’s South of the Border Brunch”, Mistress M disappeared into anonymity…It is said she spends her days knitting, playing with her pomeranian Theodore Beauregard Francis, gardening, chasing young boys, binging on Stoli on the rocks with lime at Venture Inn, and grousing about all her “professional” peers.